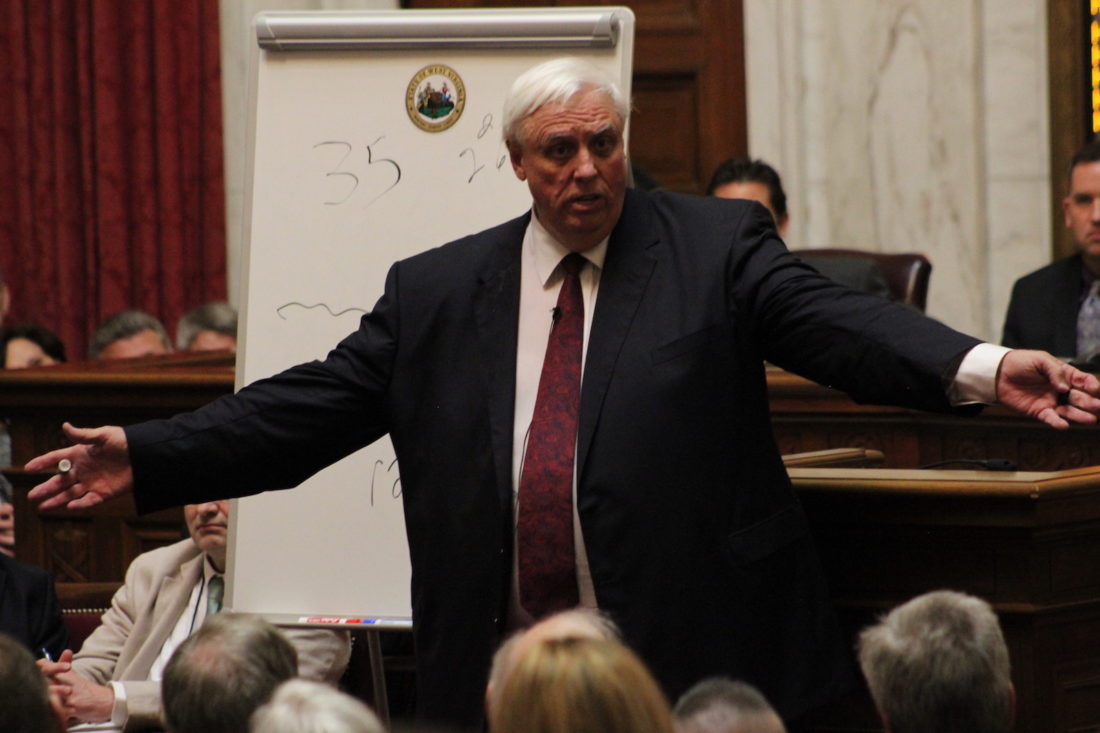 Governor Justice seems to be more loyal to his out-of-state business buddies than the West Virginians he is supposed to represent, but he’s trying hide his betrayal by bragging about all the taxes he’s collecting. While increased revenue is a good thing, these surpluses and new programs are largely being paid for by hard working West Virginians, while these out of state companies operating in the Mountain State largely avoid taxes on their profits earned in the mountain state. Once again, The Governor shows that he's actually big fans of taxes, as long as rich people don’t have to pay them.

Justice apparently hopes we don’t notice that he and his friends in the legislative leadership betrayed working West Virginians by raising our gas and auto taxes while proposing tax breaks for large out-of-state corporations. And by refusing to consider tax increases on gas companies, even after giving those companies the power to take our property.

But we are not stupid. We see rising unemployment throughout the state. We know that West Virginia was one of just two states where poverty increased last year. Our way of life is threatened here. It's time for bold action, not higher taxes on working families.